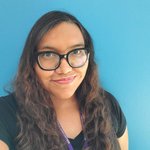 A survey of the social, political, economic, cultural, and intellectual history of the United States from the pre-Columbian era to the Civil War/Reconstruction period. United States History I includes the study of pre-Columbian, colonial, revolutionary, early national, slavery and sectionalism, and the Civil War/Reconstruction eras. Themes that may be addressed in United States History I include American settlement and diversity, American culture, religion, civil and human rights, technological change, economic change, immigration and migration, and creation of the federal government.