An overall strategy for naming chemical compounds.
The rules for naming binary compounds can be found in the box below named Naming Compounds.

The first type we will consider is ionic compounds.
Binary ionic compounds: Contain a cation (+ ion) that is ALWAYS written first in the formula and an anion (- ion).

Helpful Tip: The illustration below shows the general trend for ionic charges

The compound needs to be neutral. This means that you need to get the charges to balance out.

Let's look at the above example of Lithium nitride. 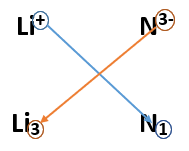 Li3N
Now, you can see that there are 3 lithiums to the 1 nitrogen to balance out the charges and make the compound neutral. Since the nitrogen shows in the formula, the 1 is not needed and that is why you don't see it.

What about magnesium oxide (MgO)?

But from the above information, the formula should look like this: Mg2O2
The lowest ratio is needed, and for this example, the lowest ratio is 1:1. The twos will cancel out to leave 1 and give us the final product of:

Iron is a good example. Iron can be: Fe2+ or Fe3+
These will be written as: iron(II) and iron(III)

Helpful Tip:
Roman numerals are required to help specify which ion is being used. Elements that form only one cation DO NOT need to be identified by a Roman numeral. 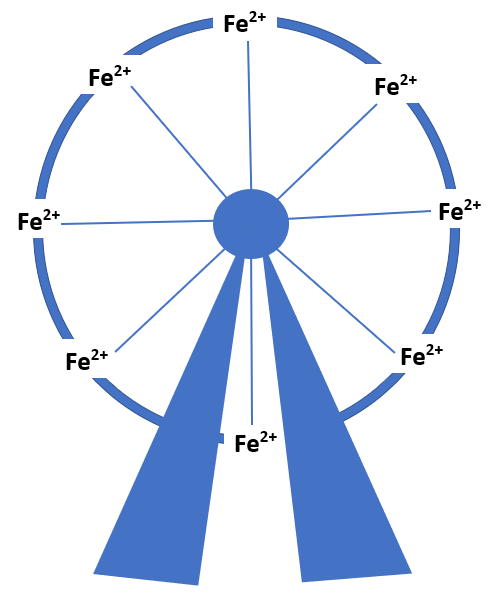 This video by Tyler DeWitt teaches you how to name ionic compounds that have transition metals in them.

Helpful Tip:
Silver, zinc, and cadmium only have ONE type of ion even though they are transition metals. This means that they don't need Roman numerals when their name is being written.

Polyatomic Ion: An ion containing a number of atoms

Oxyanions: Anions containing an atom of a given element and different numbers of oxygen atoms

This video by Tyler DeWitt teaches you how to write formulas for ionic compounds that contain polyatomic ions.

Helpful Tip:
If the element begins with a vowel, the final o or a of the prefix is dropped. Carbon monoxide NOT carbon monooxide. Dinitrogen tetroxide NOT dinitrogen tetraoxide.

Some compounds are just always referred to by their   common name.

This video by Tyler Dewitt teaches you how to write names for Covalent Molecular Compounds.

Acid: A molecule in which one or more H ions are attached to an anion.

The rules for naming acids depend on whether the anion contains oxygen.
If the name of the anion ends in -ide, the acid is named with the prefix hydro- and the suffix -ic.

When the anion contains oxygen, the acidic name is formed from the root name of the anion with a suffix of -ic or -ous.

This video by Tyler DeWitt will teach you how to look at the chemical formula for an acid and then write its name.